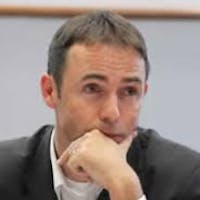 Jamie Williamson is Head of Unit, Relations with Arms Carriers, at the International Committee of the Red Cross (ICRC). With a team of over 40 delegates worldwide, he is responsible for the strategic orientation and implementation of core programs, advising and training State and non-State arms carriers, including multinational forces and private military and security contractors. Jamie Williamson has previously served as the ICRC’s Legal Adviser for Common Law Countries, and, from 2008 to 2011, he served as the ICRC Legal Adviser for the Washington D.C. Delegation, providing legal support for ICRC activities in the U.S. and Canada, with particular focus on Guantanamo and military operations in Afghanistan and Iraq. From 2005, as regional legal adviser based in Pretoria, South Africa, Jamie Williamson assisted State authorities and international organisations in southern and eastern Africa and the Indian Ocean on the implementation of international humanitarian law, international criminal law and weapons treaties. Before joining the ICRC, Jamie Williamson was with the UN ad hoc international criminal tribunals in Tanzania and the Netherlands, and the Special Court for Sierra Leone, working on the first international judgments on the crimes of genocide and war crimes in non-international armed conflicts, at trial and appellate level. He has published numerous papers on repression of war crimes, international justice, and challenges to international humanitarian law in contemporary armed conflicts. Jamie Williamson is on the Faculty of the Human Rights Academy at American University, and was a Visiting Professor of Law at New England School of Law, in Boston.