Welcome to Web Connectivity and Security in Cyber-Physical Systems!

In this course, we will explore several technologies that bring modern devices together, facilitating a network of connected things and making devices internet-enabled. We will discuss rules, protocols, and standards for these devices to communicate with each other in the network. We will also go through security and privacy issues and challenges in cyber-physical systems (CPS). We will explore measures and techniques for securing systems from different perspectives. Possible attack models are introduced and solutions to tackle such attacks are discussed. Moreover, some basic concepts related to privacy in cyber-physical systems are presented. The course comprises altogether five modules and is split up into two main sections. The first section contains three modules and centers on the problem of web connectivity in cyber-physical systems. The second section consists of two modules focusing on security measures in such systems. Each module ends with a graded quiz, and there is a final peer-reviewed exam at the end of the course covering the two main sections of the course. After completing this course, you will have the basic knowledge and capacity for designing the network architecture of your cyber-physical system. This includes putting together different components, selecting suitable communication protocols, and utilizing these protocols in your system. You will also be able to define security requirements for your system and choose and implement a proper security and privacy technique to protect it. 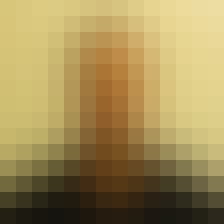 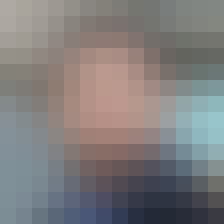 EIT Digital is a European education and innovation organisation with a mission to foster digital technology innovation and entrepreneurial talent for economic growth and quality of life. By linking education, research, and business, EIT Digital empowers digital top talent for the future.

EIT Digital provides online and face-to-face Innovation and Entrepreneurship education to raise quality, increase diversity and availability of the top-level content provided by 20 leading technical universities around Europe. The universities deliver a unique blend of the best of technical excellence and entrepreneurial skills and mindset to digital engineers and entrepreneurs at all stages of their careers. The academic partners support Coursera’s bold vision to enable anyone, anywhere, to transform their lives by accessing the world’s best learning experience. This means that EIT Digital gradually shares parts of its entrepreneurial and academic education programmes to demonstrate its excellence and make it accessible to a much wider audience. EIT Digital’s online education portfolio can be used as part of blended education settings, in both Master's and Doctorate programmes, and for professionals as a way to update their knowledge.

In this module you will learn about the layered architecture of communication protocols in cyber physical systems. More specifically the learning objectives include:

In this module you will learn about communication protocols . More specifically the learning objectives incluede:

In this module you will learn about Data Transfer over Web. More specifically the learning objectives incluede:

In this module you will learn the basic concepts about security and privacy in cyber physical systems. More specifically the learning objectives include:

In this module you will learn about cryptographic solutions for securing the cyber physical systems. More specifically the learning objectives include:

Liked the course a lot. Good lectures, well organized and very useful for obtaining a first intro and overview of the topic.

This course can be more informative if it teaches about some basic codes required for the encryptions.

Very good course, the instructor is great, and the final assignment is interesting.

Three people died after the crash landing of an Asiana Airlines aircraft from Seoul, Korea, at San Fransisco International Airport (SFO) on July 6, 2013. The American National Transportation Safety Board (NTSB) established that the crash most probably was caused by the flight crew's (in)actions. Three teenage girls lost their lives; two in the airplane and another was accidentally run over by a firetruck.

The human factor is often cause for accidents. NTSB and others report that more than 50 percent of plane crashes is caused by pilot error (and for road accidents it is even 90 perc.) Correctly designed safety and security critical systems can prevent these errors. After following this course successfully, you are able to develop secure embedded systems that are at the core of these safety and security critical systems. You are even challenged to program your own landing guiding system in our capstone project. If you are interested in building secure embedded systems for the benefit of humanity, this specialization is for you! EIT Digital has chosen 3 MOOC topics of industrial interest, namely: 1) Embedded design and hardware, 2) Security in embedded connectivity and 3) Real-Time systems. These MOOCs show what it takes to program Internet-of-Things systems. We focus on tools used in the modern IoT industry, and we push for a practical learn-by-programming approach in which you are exposed to the actual development in an early stage. We hope to see you soon!