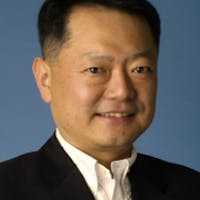 Steve Ahn has been with KAIST since 2014. Located at KAIST, Korea’s leading technical university, the Institute for Startup KAIST and K-School aim at promoting tech-based startups and helping build up a healthy startup ecosystem in Korea. Steve Ahn worked at Samsung Electronics and held several senior positions. In 2000, he founded Leadis Technology, a fabless semiconductor company in Silicon Valley. Under his leadership as CEO, Leadis quickly grew to become one of the leading suppliers of display driver IC’s for mobile phones. Leadis completed its initial public offering at NASDAQ in 2004. He holds a B.S. in Metallurgical Engineering from Seoul National University, an M.S. in Materials Science from KAIST, an M.S. in Electrical Engineering and a Ph.D. in Materials Science and Engineering both from Stanford University and an Executive MBA from the Tsinghua/INSEAD joint program.