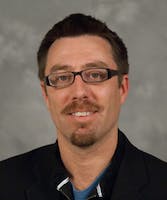 Magnus Egerstedt is the Schlumberger Professor in the School of Electrical and Computer Engineering, where he has been on the faculty since 2001. He is an award-winning teacher, with awards from both Georgia Tech and Harvard University. Egerstedt received a MS in Engineering Physics and a PhD in Applied Mathematics from the Royal Institute of Technology, Stockholm, Sweden, and a BA in Philosophy from Stockholm University. Egerstedt's research interests include motion planning, control, and coordination of teams of mobile robots, and he is the director of the Georgia Robotics and Intelligent Systems Laboratory (GRITS Lab). He is also a Fellow of the IEEE and a recipient of a CAREER Award from the U.S. National Science Foundation.