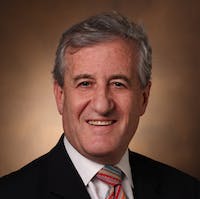 Professor of Medicine and Pharmacology

Dan Roden was born and raised in Montreal, and received his medical degree and training in Internal Medicine from McGill University. He then went to Vanderbilt where he trained in Clinical Pharmacology and Cardiology, and has been a faculty member there since. His initial career focus – that he has maintained – was studies of the clinical, genetic, cellular, and molecular basis of arrhythmia susceptibility and variability responses to arrhythmia therapies. Over the last 10 years, Dr. Roden has led Vanderbilt’s broader efforts in pharmacogenomics discovery and implementation. He is principal investigator for the Vanderbilt sites of the National Institutes of Health’s Pharmacogenomics Research Network (PGRN) and the National Human Genome Research Institute’s Electronic Medical Records and Genomics (eMERGE) Network. He directs the Vanderbilt DNA databank BioVU, a discovery resource that as of spring 2014 included >175,000 samples linked to deidentified electronic medical records. He is a leader in Vanderbilt’s PREDICT project that since 2010 has been preemptively embedded pharmacogenomic variant data in the electronic medical records of >14,000 Vanderbilt patients; as of April 2013, PREDICT displays information on 5 drug-gene pairs and delivers point of care decision support when a target drug is prescribed to patients with variant genotypes.

Dr. Roden served as Director of the Vanderbilt Arrhythmia Service, director of the Division of Clinical Pharmacology (1992-2004), and in 2006 was named Assistant Vice-Chancellor for Personalized Medicine. Dr. Roden has received the Leon Goldberg Young Investigator Award and the Rawls Palmer Progress in Science Award from the American Society for Clinical Pharmacology and Therapeutics; the Distinguished Scientist Award and the Douglas Zipes lectureship from the Heart Rhythm Society; and the Distinguished Scientist Award and the Functional Genomics and Translational Biology Medal of Honor from the American Heart Association. He currently serves on the Science Board of the FDA. He has been elected to membership in the American Society for Clinical Investigation and the Association of American Physicians, and fellowship in the American Association for the Advancement of Science.