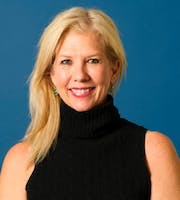 Elizabeth Ferrell Bjerke is a Robert Wood Johnson Public Health Law fellow. She is an Assistant Professor in the Department of Health Policy and Management at Pitt Public Health, an Adjunct Professor in the University of Pittsburgh's School of Law, and the Director of Pitt Public Health’s JD/MPH program. She currently teaches Public Health Law and Ethics in both schools, and is a frequent lecturer on emergency preparedness and the public health implications of hydraulic fracturing. At Carnegie Mellon University, Professor Bjerke is an Adjunct Instructor of Population Health. Previously, she was an attorney specializing in litigation with the United States Department of Agriculture in Washington, DC, with Thompson & Knight in Dallas, Texas, and with several small law firms in New Orleans, Louisiana. She is an active member of the Louisiana Bar. Elizabeth Ferrell Bjerke has served as a reviewer for the American Journal of Public Health, as an Expert Panelist for the Public Health Law Surveillance and Research Committee, and as an Expert Working Group Member for the Centers for Disease Control and Prevention’s Law Based Competency Committee.